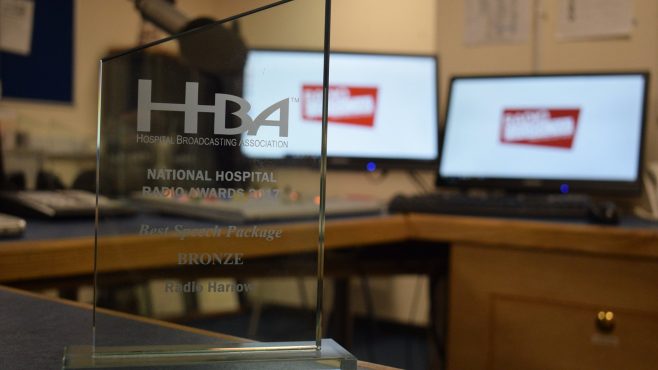 Radio Harrow has been shortlisted for six awards at this year’s Hospital Broadcasting Association Awards 2020. The list of nominations were announced on New Years Day with the awards ceremony taking place on Saturday 28th March 2020 in Bolton.

There were also Presenter nominations for Shrey Puranik and Laura Lindores. Listen to our nominations below on Spotify.


The HBA is the national charity supporting and promoting hospital broadcasting within the UK. With over 200 stations and thousands of volunteers.

Next
Christmas 2019 on Radio Harrow

Previous
Get in touch with us!