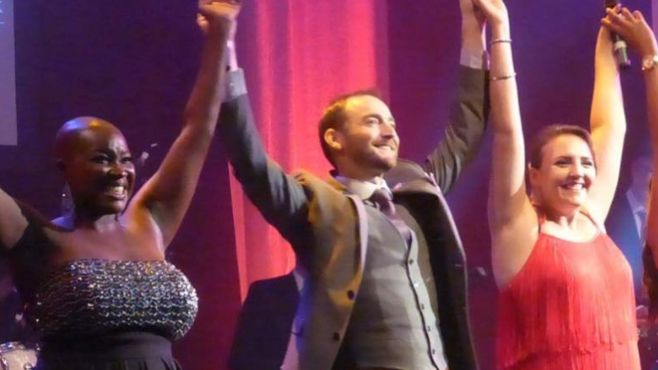 Ahead of their show at the Hayes Beck Theatre on Wednesday 8th March, Janine Johnson from ‘Back  to Bacharach’ joined Gary Walker on Radio Harrow. The proceeds from the “Back to Bacharach” show will be donated to the charity Breast Cancer Now.

“Back to Bacharach” celebrates the magical music of Burt Bacharach, one of the most accomplished popular composers of the 20th Century. Together with Hal David, Burt Bacharach penned some of the most memorable and iconic hits that stand the test of time, including ‘Alfie’, ‘Walk on by’, ‘What’s New Pussycat’ and ‘Raindrops Keep Falling on My Head’.

This exciting tribute production recreating Burt Bacharach’s timeless hits and touring the UK is performed by 3 of the finest West End singers accompanied by a live 10 piece band.

For their upcoming show “Back to Bacharach” partnered with Breast
Cancer Now, the UK’s leading breast cancer charity.  The charity supports nearly 450 of the world’s brightest researchers at more than 20 locations across the UK and Ireland. Together, they’re working to discover how to prevent breast cancer, how to detect it earlier and how to treat it effectively at every stage; it is working to try and stop the disease taking lives by 2050.

Breast cancer is still the most common cancer in the UK. Nearly 700,000
people living in the UK have experienced a diagnosis and one in eight women will face it in their lifetime. “Back to Bacharach” will be supporting the charity by donating £1 from each theatre ticket sold, and committing to raise a minimum of £10,000 by doing so.

For more information on Breast Cancer Now’s work, visit breastcancernow.org. You can also find out more about “Back to Bacharach” here and how to get tickets for their Hayes Beck Theatre show.

Listen to the full interview with Janine Johnson from “Back to Bacharach” on our Mixcloud below: