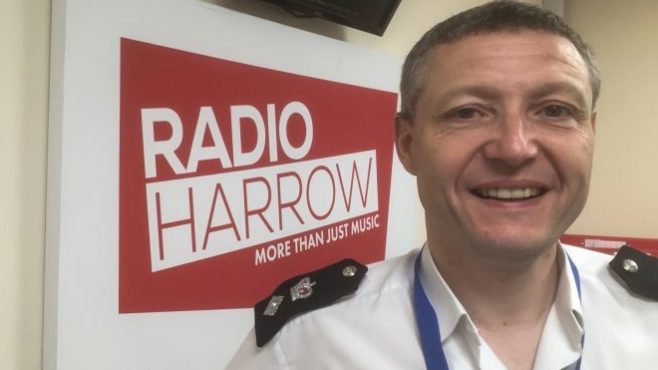 Appointed as the Borough Commander of Harrow in 2013, Simon Ovens has been committed to cutting crime, particularly burglary, robbery and anti-social behaviour. Simon has always been passionate about ensuring the Harrow Metropolitan Police Service offers a good service to the community.

The Borough Commander addressed the recent incident where a man opened fire on Gladstone Way in Harrow. The conversation also turned to the recent events in the USA. Simon spoke to host Gary Walker about some of the differences between British and American policing. They also discussed knife crime in the Borough, degrees of murder and the challenges coming with the latest Pokemon Go craze.