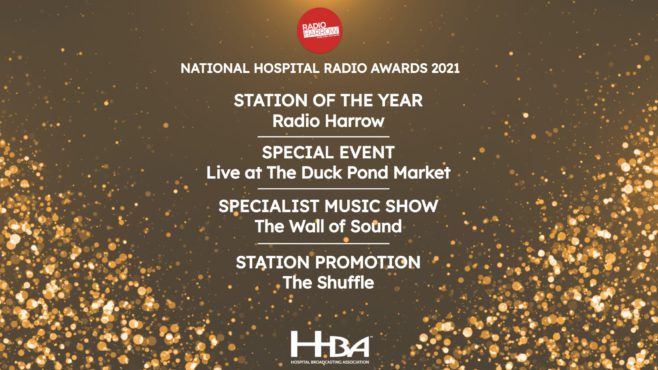 Radio Harrow has been shortlisted for four awards at the Hospital Broadcasting Association Awards 2021. The award nominations were announced on Monday 1st March, and the awards set to take place remotely on Saturday 20th March.

The station has also earned a nomination in the ‘Special Event’ category for Radio Harrow’s coverage of the Duck Pond Market, from last September in Gunnersbury Park.

Presenter Lydia June Meredith said: “We wanted to create something a bit different for our listeners and to showcase positivity and normality at a time of such uncertainty, even if we had to interview using selfie sticks to distance ourselves”.

Presenter Natascia Bernardi added “Being able to interview stalls owners and interact with the public after so much time in isolation made Live at The Duckpond Market so special for all of us involved”.

Radio Harrow are up against nine other stations to claim the highly coveted ‘Station Of The Year’ award.
Programme Manager Andrew Bottcher said: “I’m delighted that Radio Harrow has been nominated for four Hospital Broadcasting Awards! It’s a fantastic achievement for all volunteers at the station and I’m really proud that even during these difficult times, we can still produce top quality content for Harrow”.

Next
People’s Playlist on Radio Harrow