Locals take on the Eggheads 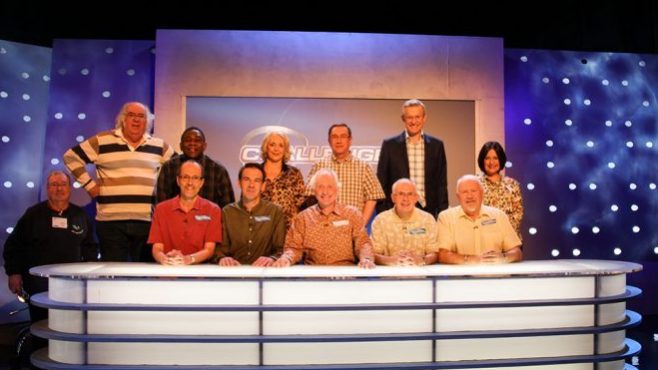 On the 9th September during Freedom Friday, Stephen Phillips, the chair of Acorn Tennis Lawn Club in Edgware visited the station to talk about the quiz team he had put together. This was not just any quiz team though, this was a quiz team which took on the Eggheads…….and won.

The Eggheads is a BBC quiz show in which 5 contestants take on a team of 5 quiz and game show champions. Also with Stephen was Howard Bluston, the member of the team who was left to battle the Eggheads alone in the final round. They spoke to host Ben Felton about the whole process of their day of competition.

Stephen also revealed his link with one of Radio Harrow’s partner stations. Listen to the full interview on our Mixcloud to find out about the team’s pre-show nerves, post show celebrations and find out how Howard fared when he was faced with the Eggheads board game.

Previous
The art of mind reading with Philip Escoffey

Listen Live
Stocking fillers for under £20 from House of Frazer, M&S, The Entertainer and more
B&M is selling an egg chair for cats at just £55
Watford man fined £1,100 for not wearing face mask in Harrow
Met Commissioner Cressida Dick rejects zero murder target
Man dies on tracks at Harrow and Wealdstone Station
Cath Kidston launces 3 for 2 deal on Harry Potter Collection
H Samuel offering up to 70 per cent off jewellery and watches