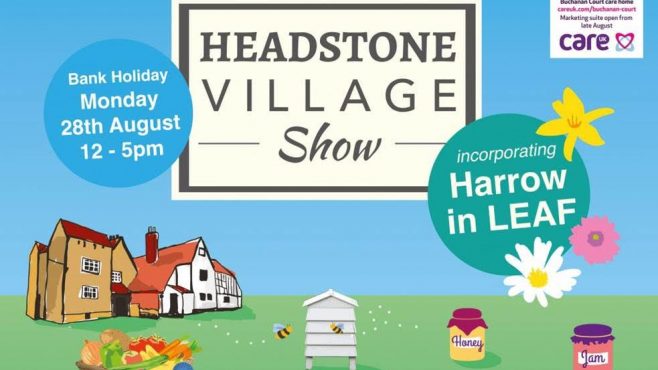 As part of the August Bank Holiday weekend, Radio Harrow were present at the 2017 Headstone Village Show at Headstone Manor, providing a PA service to the event with music, as well as commentating on the proceedings of the day with interviews with participants.

Events on the day included the Delightful Dog Show in association with RSPCA Middlesex North West & South Hertfordshire Branch, and entertainment included live performances from the Steel Pans, and a magic show.

With the sun beating down on North West London, the team set up their broadcasting hub near the entrance, complete with speakers, and cover as the seasonal heatwave continued.

We're at @HeadstoneManor1 today for what promises to be a fantastic day in the sun!…. https://t.co/Dh6oRFsKh3 pic.twitter.com/prcnkfqOMw

Ahead of their first performance, Brian Rose spoke with the Steel Pans.

Shortly after the Steel Pans, Brian spoke with Frances from Harrow in LEAF.

We're chatting with Frances all about Harrow in LEAF at @HeadstoneManor1 pic.twitter.com/IzEw3OcR9k

Vic Moont spoke with staff from Buchanan House, who explained how the organisation works, and what services are available at their Harrow based care home.

During the afternoon, Radio Harrow spoke with members of Klos Musical Theatre group, who will be premiering their performance of ‘Wizard of Oz’ in October this year.

Amongst the guests were the Harrow Beekeepers Association, who had their stand, complete with a hive of bees near the entrance.

Your Events Team on the day