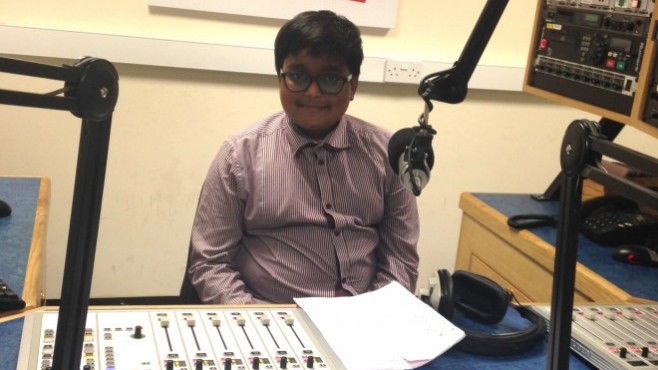 The Summer Scheme is run by the Harrow Youth Development Team which allows 11 to 19 year-olds to gain work and life skills over their summer holidays.

This week, 14-year-old Yathushan who was very keen to learn about radio came to our studios.

Yathushan had a keen interest in the arts and loved drama and films – and he wanted to bring a slice of this to the radio.

It was a jam-packed show which featured various segments including the YRCS Film Awards where Yathushan shared his Top 5 films of 2015 so far.

As well as this he played a top trumps style game with two young musically opinionated judges Nick and Alan over the phone who eventually concluded that Taylor Swift is the best artist of the moment.

Yathushan also recorded and edited an interview with Shamiya who was taking part in the Silver Arts Award as part of her Summer Scheme. She spoke about how she has spent the week learning about photography and filming.

To round up the show Yathushan interviewed his tutors at the station Keith, Jenna and Steve. They gave him radio tips and shared their own first show experiences.

Yathushan said he learnt that radio is “not just about speaking, it’s all about time management!”

“The show was really fun and it went so fast” he described.

Planning and researching the segments for the show

Yathushan’s reflections after Day 1 on the Summer Scheme

Yathushan’s learnings and reflections after Day 2

Yathushan ready to roll in the studio

Coronavirus tier system: What are the rules and what areas do they cover?