A Tribute to Len Elman 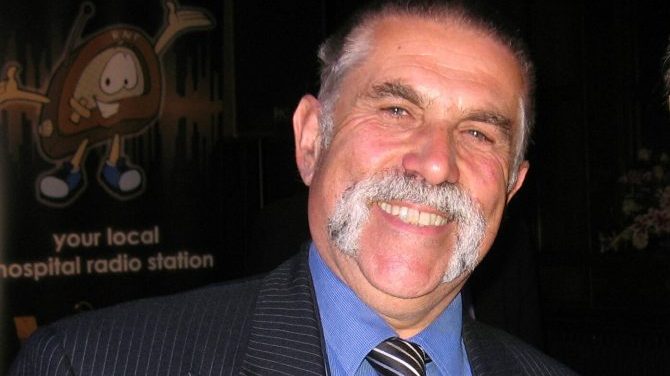 “Len Elman and I first met in 1966 when I joined JYVS, the Jewish Youth Voluntary Service, Stanmore, Kenton and Edgware Branch. At that time we were helping the community in different ways by gardening, decorating and entertaining the residents in old people’s homes.

The members also ran Radio Edgware, a Hospital Radio Service at Edgware General Hospital. The service broadcast request shows, local news and star interviews to cheer up the patients and take their minds of their personal ailments for a short time each day.

Len and I got on straight away and formed a friendship that lasted over 50 years. After Radio Edgware, we went on to form (a different) Radio Harrow at Harrow Cottage Hospital.

Northwick Park Hospital was being built and both of us with others decided to make a bid through JYVS to run their hospital radio service. In 1971, through Len’s negotiating skills we successfully won the right to run  Radio Northwick Park. We had 20 very enjoyable years running hospital radio together alongside all the volunteers.

In the early days we used to record shows in Len’s bedroom on a reel to reel tape recorder and take the shows to Radio Edgware and Radio Harrow. Things have improved over the years.

Len had various modes of transport from a bubble car to a Robin Reliant and black London Taxi. Motorbikes with side cars followed.

Len met his wife Barbara through the radio station and it was not long before love was in the air. They married in 1973 and have brought up two amazing sons who are they are hugely proud of.

After retiring they moved to Cork in Southern Ireland. Len & Barbara bought a campervan and spent their time driving to warmer climes in Spain and enjoying the weather and time together. Eventually, they decided to live permanently in Malaga in Spain.

As you can read from his modes of transport, Len was an extrovert yet never wanted any fuss. He was very likeable in whoever’s company he was in.  I think that I can speak for everybody that knew him, that we never had a cross word in all the 50 years I had the privilege of calling him a very good friend. He will be sorely missed by his friends, family and everybody that knew him.”