A recipe for happiness 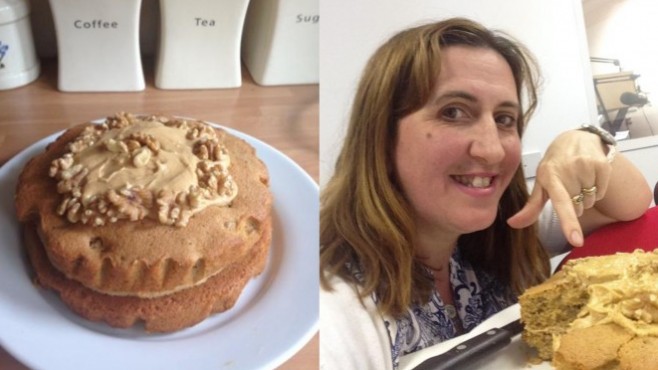 Delia Cazzato is a local volunteer with Oxfam in Pinner and was also a member of the Hugs for Harrow campaign…she also bakes.

As a full-time carer, Delia uses her voluntary work and baking to bring positivity into her life.

She is known as Harrow’s happiest Tweeter spreading her positivity to as many people as possible.

Armed with a coffee and walnut cake, Delia told Breakfast show host Gary Walker that baking is something which she highly recommends to increase happiness.

She shared her baking recipe recommendations for the Macmillan Coffee Morning coming up on the 25th September.

As well as this she spoke about the Hugs for Harrow campaign with Action for Happiness which aims to make Harrow a better place, one hug at a time.

Listen to the full interview here:

Next
Macmillan Cancer Support in Harrow