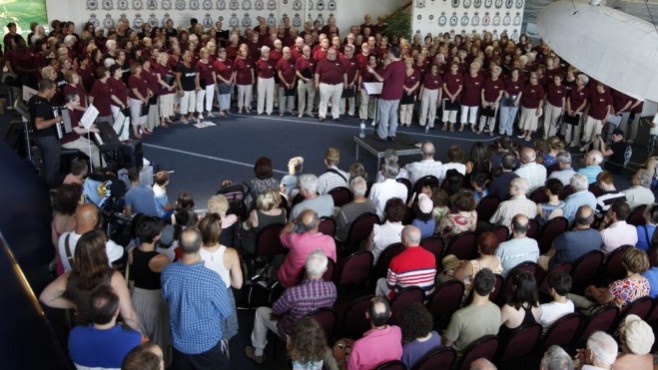 Philip Bennet of the Tonic Choir joined Gary Walker on Radio Harrow’s Breakfast programme to talk about the choir and their concert at Harrow Arts Centre on Sunday 13 March at 5 PM.

The Tonic Choir has around 300 members over Totteridge, Radlett and Harrow. The choir is performing at the Harrow Arts Centre as part of their 7th year anniversary where they are planning to give 7 concerts and support 7 good causes.

The repertoire for their Spring concerts includes songs with an American theme as well as music inspired by the works of William Shakespeare who died 400 years ago. Find out more about the Tonic Choir and their anniversary plans here.

Listen to the full interview with Philip Bennet on our Mixcloud. The interview includes a brief selection from their recent CD: