May Day at the Manor 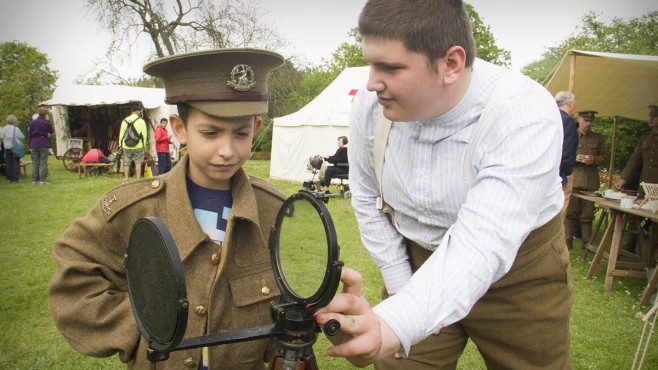 Visitors met new WWI recruits (re-enactors) training on the island at Headstone – just as they did in Harrow Weald 100 years ago.

Spectators visited the Great War exhibition which told the story of ordinary life in Harrow before the outbreak of WWI, showing fairs, weddings and business going on as usual. There was also a Vintage Car Show with the addition of some WWI Military Vehicles.

There were also plenty of traditional May Day celebrations with fantastic displays of Falconry, and Morris and Maypole Dancing.

Radio Harrow broadcast live from the event, take a look at our video highlights of the day:

Next
Interview With The House Whisperer