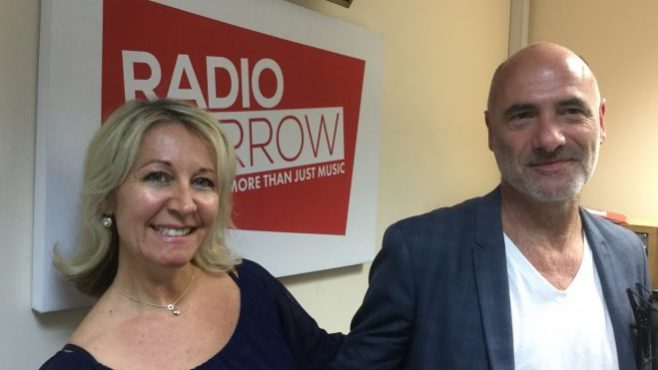 Author David P Perlmutter joined the Radio Harrow Breakfast Show to talk about his new book ‘My Way Five About LIFE’, a book that tackles the topic of mental health in an innovative process. The book is the fifth instalment of David’s ‘My Way’ series.

David P Perlmutter is a successful, Amazon best-selling self-published author who began the ‘My Way’ series to help fellow indie authors with tips on how to self-publish and get their books to Number 1. Books 1-3 in the ‘My Way’ series focused purely on book marketing, but as David’s fan-base increased he decided to not only give some background into how authors got started on their own writing journeys but also give some samples of their work with links to their books.

Deciding to fit the genres to the book numbers, for example, ‘May the Fourth Be With You’, features sci-fi authors and was published to coincide with Star Wars Day. ‘My Way Five’ was always going to be about Life with authors and bloggers who write about life issues which has turned out to be predominantly mental health related.

‘My Way Five’ features a foreword by mental health charity SANE with a percentage of the proceeds from the book also going towards the charity. It was released to coincide with Mental Health Awareness Week.

In his interview David talks about the brave contributors to his book who have opened their hearts to write, speak or blog about their own life experiences, which include stories of depression, anxiety, child abuse, addiction, domestic violence and much more. He also shared his views on social media.