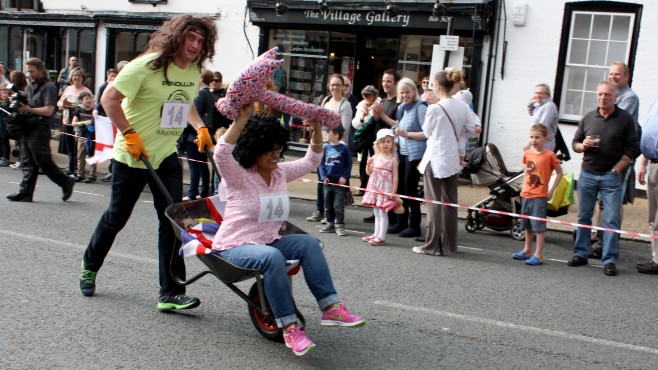 The final preparations are underway for the annual St George’s Day celebrations and wheelbarrow race, being held on 19th April. Pinner will be packed with people from across the borough on Sunday, gathering to join the fun-packed celebrations. There will be live entertainment, fancy dress, food, stalls, games – not forgetting the traditional wheelbarrow race, in which teams of two competitors race through the streets, making pit stops at pubs.

Radio Harrow will be covering the live on event as we launch our new radio station! The event starts at 1pm and the wheelbarrow race at 3pm. Motorists are strongly advised not to park in Pinner High Street from noon as it will be closed from 12.30pm to 4.30pm. Revellers are advised to walk, or use public car parks in Chapel Lane, Love Lane and Waxwell Lane, which are free on Sundays.

We look forward to seeing everyone there!

Next
Radio Harrow Given Charity Status