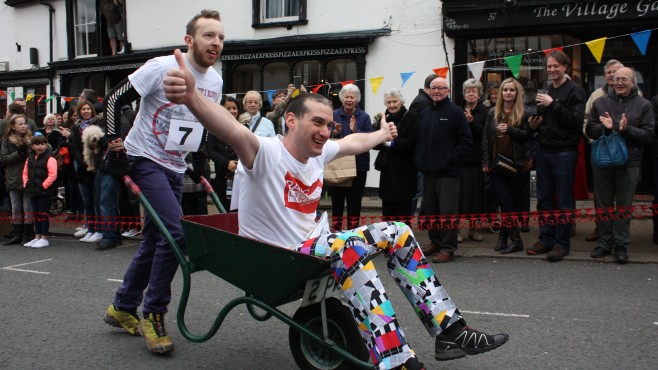 Pinner celebrated St. George’s day with its annual Wheelbarrow Race, now in its 52nd year! To make sure things weren’t stale, this year they also added in jousting, along with the usual morris dancers and of course plenty of beer drinking.

Around 1,000 people attended the event on Sunday, taking place predominately in Pinner High Street. Radio Harrow were on hand to not only commentate the event back to our listeners, but also to host the day as we launched our new charity.

Take a look at our highlights package from the day:

However the big winners were as follows:

Have a listen to Radio Harrow’s exclusive coverage of the day.

Previous
Interview With The House Whisperer