Question Time with the Cops 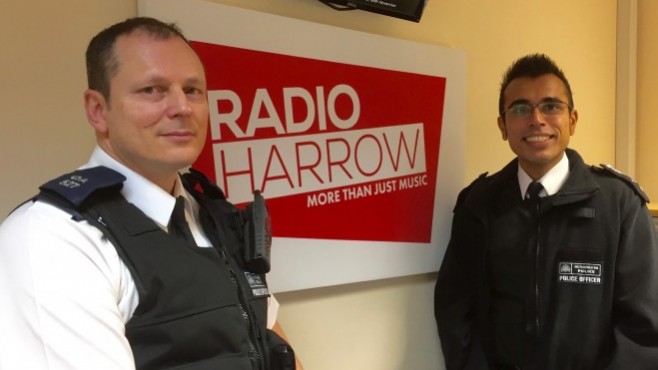 In a “Question Time” format, members of the public in the community will be able to ask questions to a panel of four police officers from the Harrow Metropolitan Police Service.

‘Question Time with the Cops’ is an opportunity for the community to ask questions about prevalent issues of the moment. The audience will get the chance to ask the police questions on the subjects of; domestic abuse, hate crime, female genital mutilation, crime prevention and counter-terrorism.

PC Darren Wiltsher from Emergency Response Team D at Harrow Borough, joined the Radio Harrow Breakfast Show to tell us more about the event and its format.

The event has been organised in collaboration with Harrow Interfaith. It will take place at the Council Chamber in the Harrow Civic Centre on Tuesday 1st December from 7pm to 9.30pm. Refreshments will be made available and parking at the civic centre is free.

If you would like to attend please RSVP at the following address – kirstie.newham@met.police.uk.

To find out more listen to PC Darren Wiltsher’s interview below:

Question Time with the Cops by Radio Harrow on Mixcloud

Previous
Home Security During the Holidays