Laughter is the Best Medicine 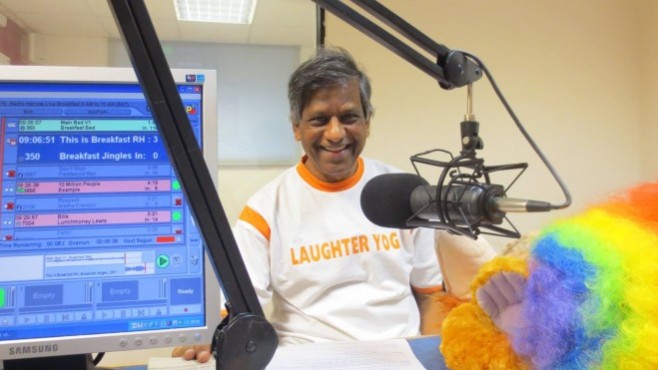 Harish prides himself on making people laugh; he explained all about the different types of laughter and its many benefits.

He runs the Harrow laughter club where he uses laughter as a therapy. He describes how his therapies have helped cancer patients and people suffering from mental illnesses.

Harish led Gary through live warm-up exercises designed to relax the body. He then  began laughter yoga demonstrations which listeners were encouraged to join in with, these included “laughter mantras” and “laughing for no reason”.

Listen back to the full interview and demonstrations below: