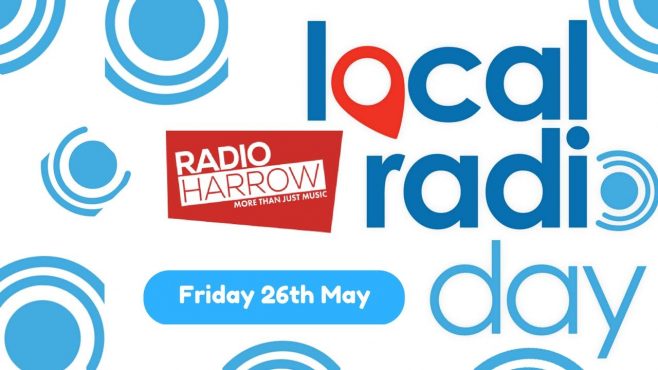 Following a successful launch in 2016, Local Radio Day returns on Friday 26th May 2017. Radio Harrow will be taking part in the celebrations, with a special series of outside broadcasts live from the heart of Harrow Town Centre, ahead of the Bank Holiday Weekend.

Founded in April 2015, Radio Harrow has been at the heart of activity in Harrow, with live outside broadcasts, specialist programming, in-studio guests, as well as being a constant presence in the community. Run and led by volunteers, the radio station also runs its own befriending service, with volunteers co-ordinating daily visits to the wards of Northwick Park Hospital and discussing health and well-being issues on the radio.

Local Radio Day on Radio Harrow will begin at 7am with Breakfast with Gary Walker, with all programming on the day originating from the Town Centre. During the day, various presenters from the station will be on air, while also speaking with members of the community. Following the final live show from the Town Centre at 7pm, live programming will resume from the stations studios inside Northwick Park Hospital.
Keep checking this page after the event for our exclusive gallery from the day, as well as links to audio from Local Radio Day 2017.